Our internet has been extremely slow and spotty lately. It is difficult to get these posts up, but eventually it will happen!

Our guide, named Day, met us at the temple, along with an Australian couple; there were just the six of us on the tour, which was very nice.

Interior of the main temple with soaring ceilings. 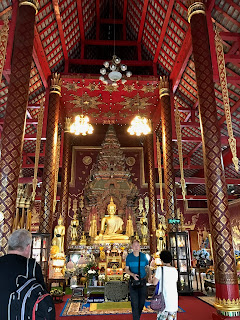 The walls were covered with paintings depicting scenes from the life of the Buddha. Here the Buddha is observing ill and dying men. 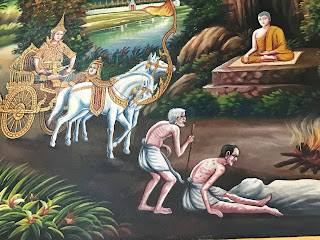 Other sections are covered with gold painting on a dark red background. 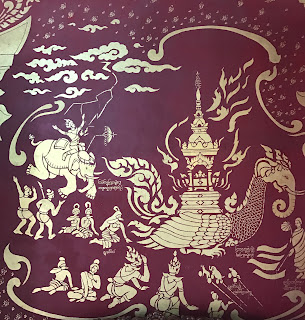 This structure is the oldest temple in Chiang Mai, dating from about 1297. The front half of elephants surround it. 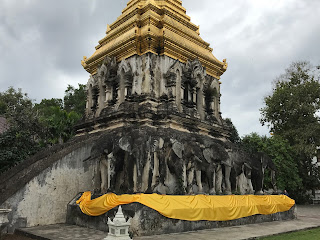 Each elephant trunk had some leaves and sugar cane in place in case of hunger. 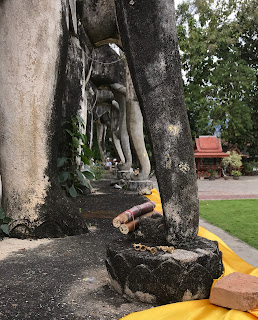 Roof line of one of the temples. 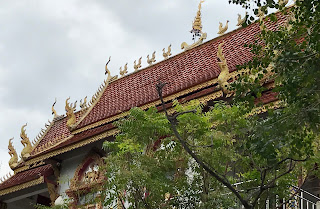 Two especially old and sacred Buddha carvings are here. The smaller one on the left was carved about 200 CE from a crystal and was brought here in 662 CE. The slightly larger one on the right is of stone, probably carved in Sri Lanka around 800-1000 CE. 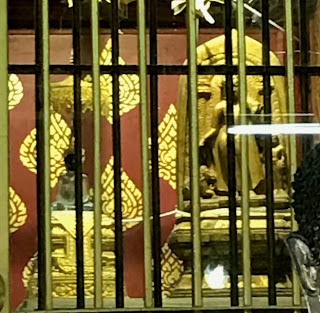