Now that we are in Chiang Mai for our third winter in the same location, we are noticing the changes that go on around us. It seems there is always building going on.

For the past two years, there has been a large vacant lot on the small road I walk on daily. It was being used as a parking lot for Noble House, a nearby large hotel. Something big is going in; I took this photo when we first arrived. 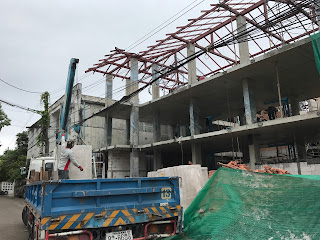 This week a large crane was there lifting piles of concrete roofing tiles onto the roof. The street was blocked off to cars but scooters and pedestrians could get through. 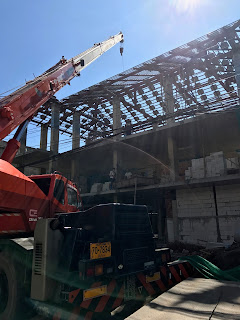 Later in the afternoon as I was walking home from my massage, I saw the crane trying to get out of the street. It was enormous and traffic was backed up in every direction. I'm not sure where it was trying to go. The orange-trimmed building (Smith Residence) is on a triangular area with streets on each side, so if it was trying to go down one of those, it would be nearly impossible to make the turn. 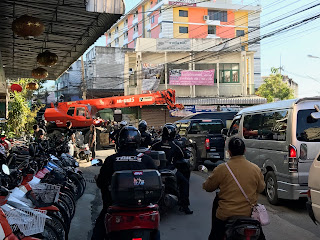 Later I took this photo from our roof. The large building with green shielding is part of the project and shows the roof tiles mostly finished. To its right you can see the stacks of tiles waiting to be installed on the front part of the building that faces the street. Whatever it's going to be, it's big! 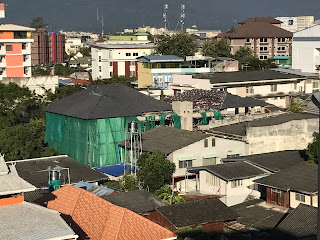 This small building was a coffee shop on the plaza in front of Chiang Mai Gate. There is a small bulldozer there taking it down. This is the plaza that has many sellers of used clothing in the mornings and a food court in the late afternoons/evenings. There is a pedestrian light so I usually cross the moat street there. 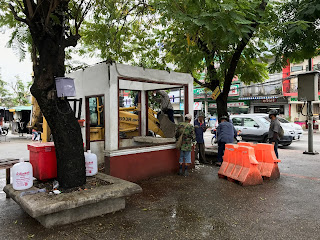 This derelict property is another that I pass frequently. For the first time I noticed it was slightly open and a pickup truck was parked inside. Maybe something good will happen there. 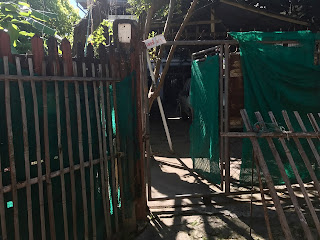 While I was on the roof, I also took a photo of Doi Suthep, the mountain to the west. After all the rainy days, it was finally clear. (That Smith Residence is often in the way!!) 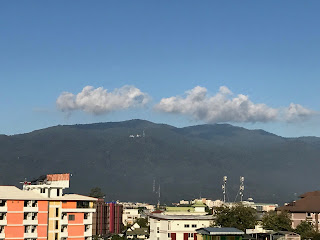