Well, I finally got the pictures to load up, so here comes an account of the first part of the day. We were picked up at the Smith Residence, which is quite nearby, about 7:30. There were only two people in the van ahead of us (sitting in the first row), so we got the double seat in the second row. It turned out to feel quite cramped, so we were glad we got the seats we did. Our tour guide was very chipper and had her regular jokes. She warned us that we shouldn't be late at any of the stops or we would get back much later than the scheduled 9:30. She said it had been 11:30 the day before. Fortunately, although several people were quite late a couple of places, we did get back at a reasonable hour. One note -- there were restroom opportunities almost everywhere we stopped. Some places charged 3 or 5 baht, some were free.

First stop, the Hot Springs. I thought it might be interesting; maybe we could even dabble our feet in the water. However, it was very small. The geyser shot up every minute or so, but I saw a pipe going into the spring, so I'm not sure what it was really like naturally. However, there was a huge shopping opportunity, which we were to discover was true everywhere we went. There were many many booths lined up along the sides and a nice large jewelry store in the middle. 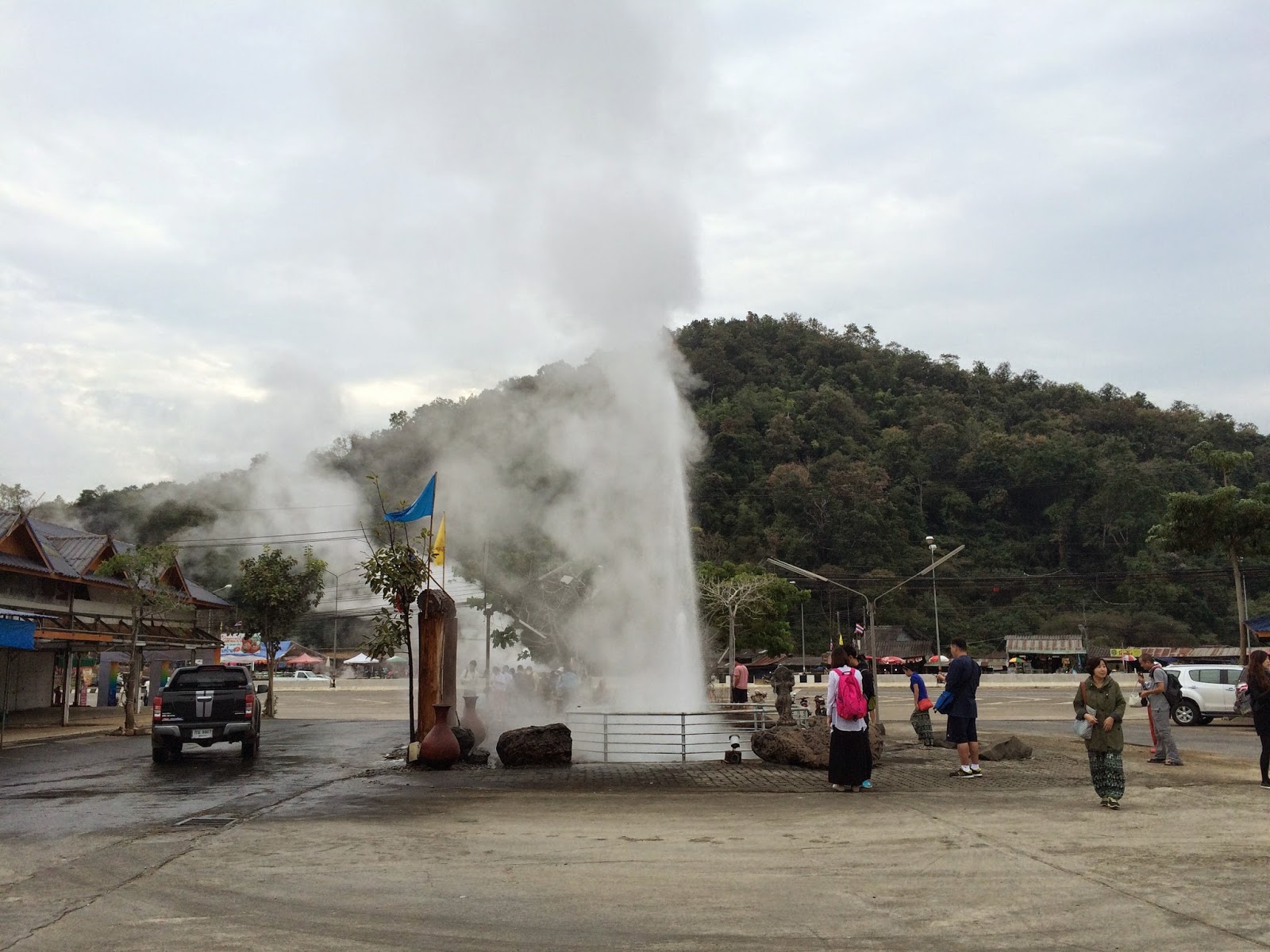 We did buy one thing, a snack for the road. We took a chance, since we saw the peanuts and it looked a bit like peanut brittle. It turned out to be very good, just slightly sweet and salty. I'm not sure what else was in it, but at least it wasn't pork pieces or shrimp or seaweed flavored, as many things here seem to be. 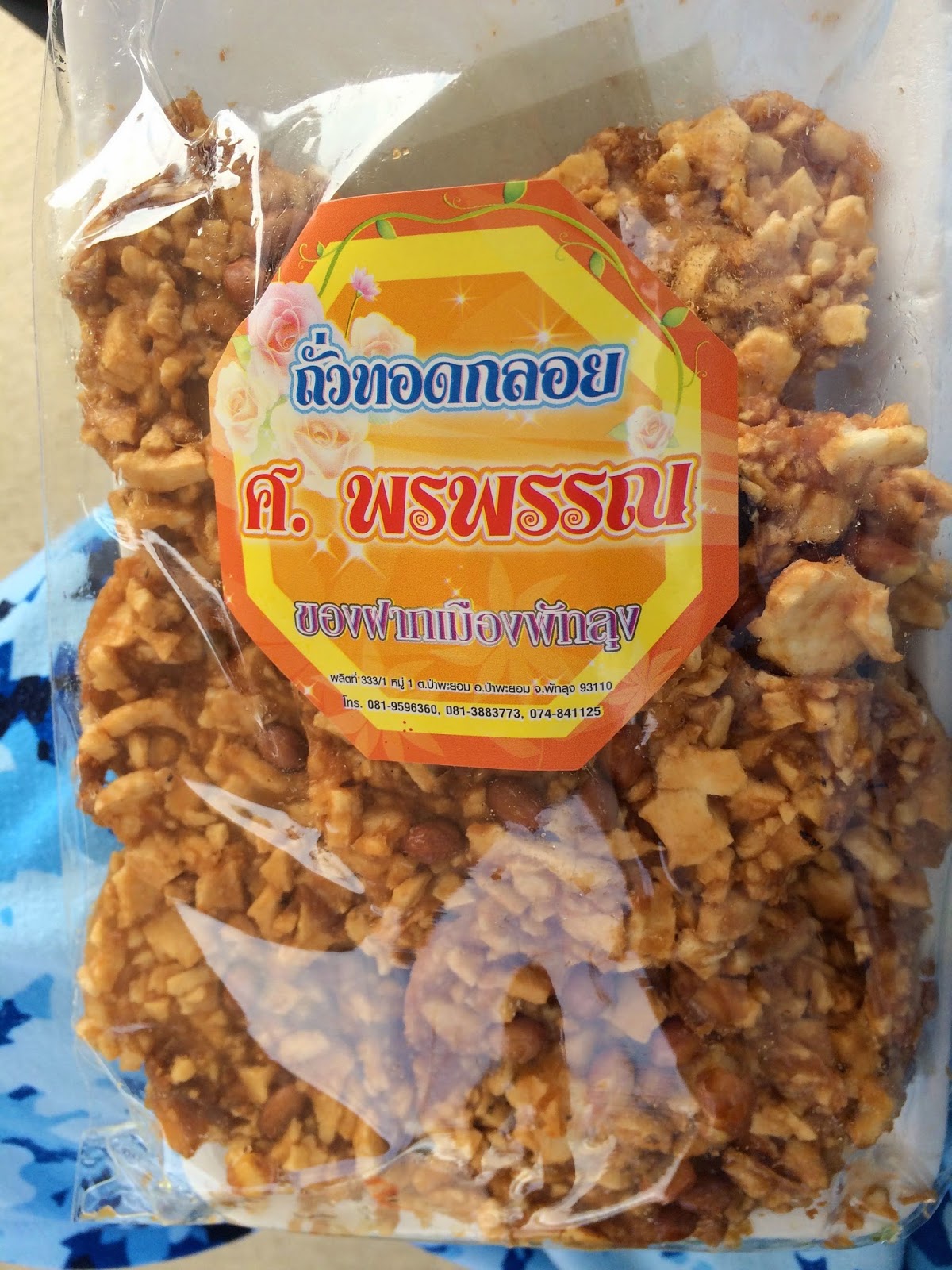 The next stop was the "white temple", Wat Rong Khun. This is a very interesting and unusual place. You can read more about it here. Our guide described it as depicting hell. But I'm not sure that's exactly what is meant. It is made out of stucco (I think) whitewashed and studded with many small pieces of glass or mirror. That makes it really glitter in the sunlight.

The next stop was at the Golden Triangle, where Burma, Laos and Thailand meet -- famous as the opium growing and trading area in years past. I'll put up more about that on Monday.

This last photo was taken in one of the towns we drove through. I thought these decorative firs were interesting, with their random "arms" sticking out. 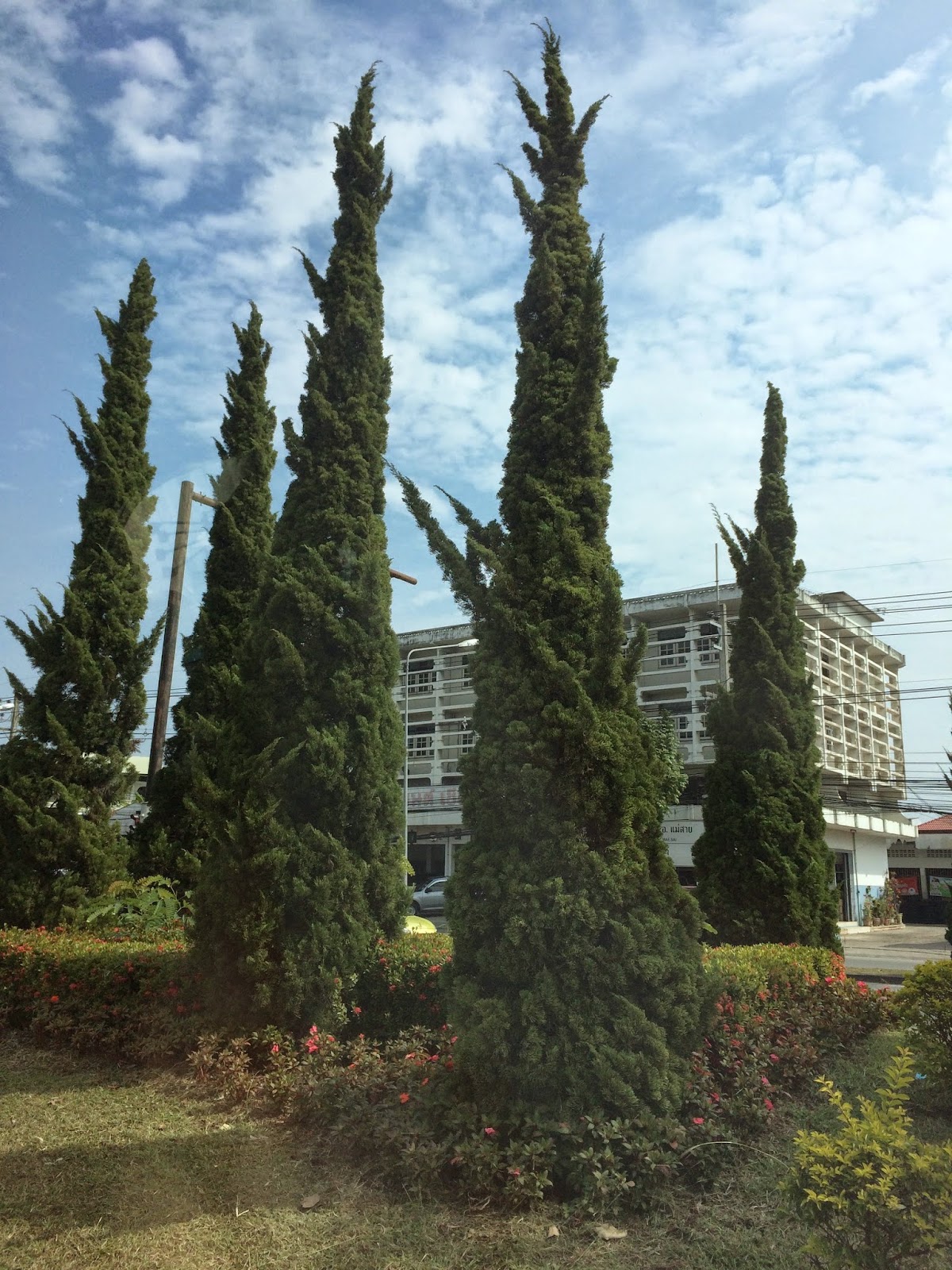