Thursday morning we headed off to the Uffizi Gallery, where we had reserved an entrance time of 8:30-8:45. We had seen long lines at the unreserved entrance the day before and it turned out to be a good idea. We entered right in, as it had just opened. During our entire time there, we didn't see very many people, but as we were leaving there were lots of group tours and others flowing in. There is so much fantastic art in this museum, it is difficult to stop raving about it. I took many dozens of photos, but of course I can only put a few of them up here, so I have tried to pick either the most famous or my favorites (of which there is quite a lot of overlap!).

By the way, Uffizi means offices. The building is where the Medici had their banking and business offices.


Walking down the narrow street in the early morning. Not shown here, but there are delivery vans everywhere else. They try to get all of that kind of business out of the way before the day gets going. 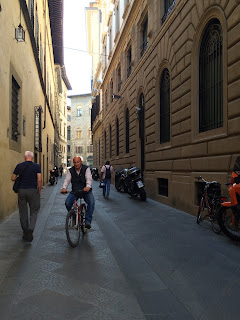 Ceiling in the Uffizi Gallery 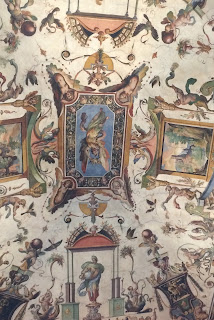 Giotto's Madonna and Child, one of the earliest pictures using true perspective. 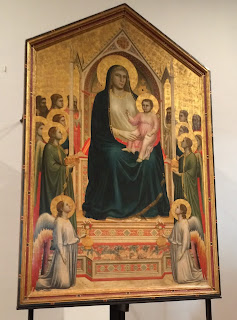 Altarpiece Adoration of the Magi by da Fabriano, incredible detail 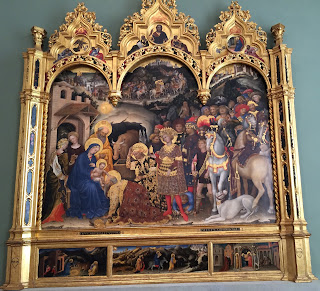 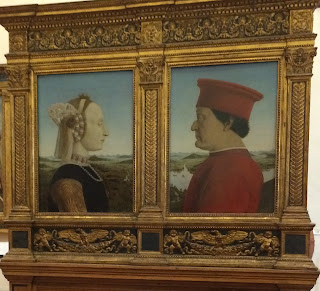 Roman Venus copy of a Praxiteles Greek statue. Compare with Botticelli's Venus below. 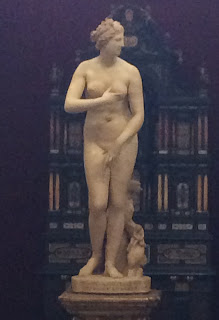 Michelangelo's only completed painting -- Holy Family. He designed the ornate frame, but someone else carved it. 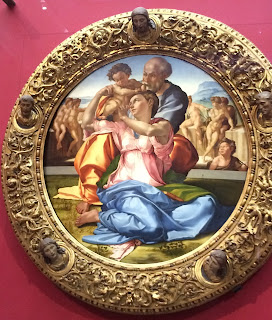 I liked the movement in this sculpture 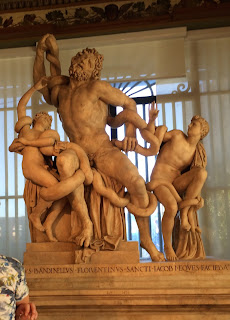 I forget who painted this, but I thought the light shining was amazing. 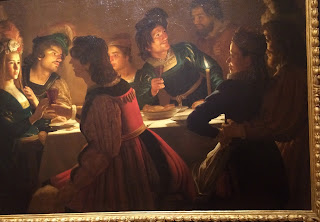 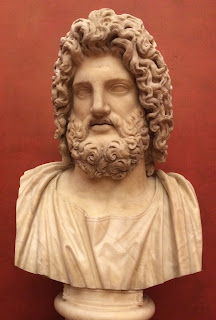 These are not very good reproductions of two of my all-time favorite paintings, both by Botticelli. The first is Primavera, the second The Birth of Venus. Notice the woman at the center of each is quite similar, and the wind figures at upper right on top and upper left on bottom are very similar. I actually bought these postcards to use as bookmarks. 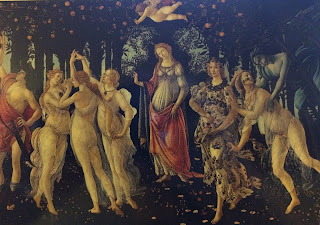 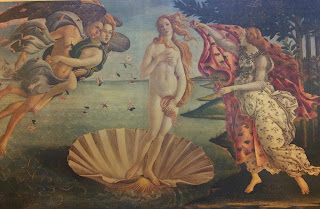 This shield painted with Medusa's head would certainly scare off the enemies! 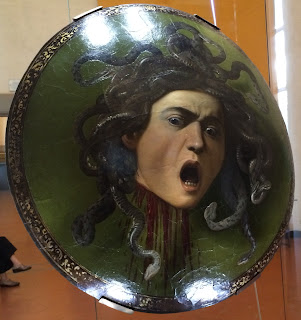