On Saturday we came to Fiordland, a national park that encompasses much of the southwestern part of the South Island. We were scheduled to go into Dusky Sound at 9:00 AM, but there was an announcement from the captain that the wind gusts were too great and we couldn’t go in. About noon we entered Doubtful Sound. The views were stunning. We could easily see the sides of the sound from our veranda. By the time we were heading out, the mists began to obscure the mountainous scenery. Around 4:00 we entered Milford Sound, the best-known, and the only one that can be reached by land or air as well as by sea. There is a small town where tourists boats take sight-seers out and back. There are often dolphins and sea lions, as well as birds such as the albatross and the stormy petrel, but we didn’t see any today. However, the views were amazing. The clouds were around the tops of the mountains, but it began to clear and the sun shone for much of our time in it. There were several lovely waterfalls. Some passengers had taken an overnight excursion from Dunedin the day before, and they were brought out in a boat and transferred back onto the ship. I took far too many photos of the scenery, and will try to just put a few on here. It was a day I wished for a good telephoto lens!

Now we are headed across the Tasman Sea to Hobart. Below are a few of the shots I took. 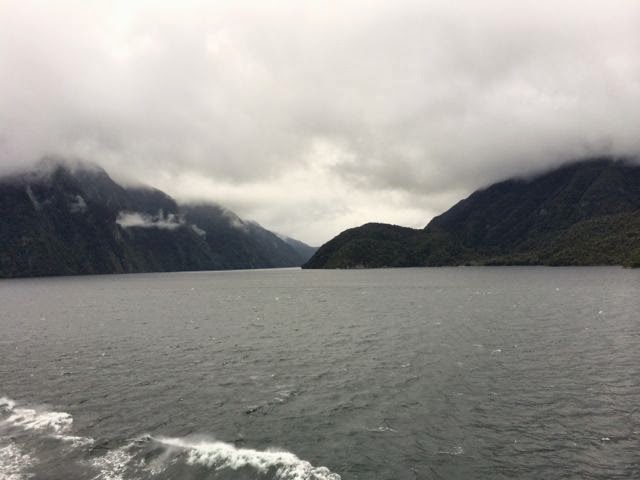 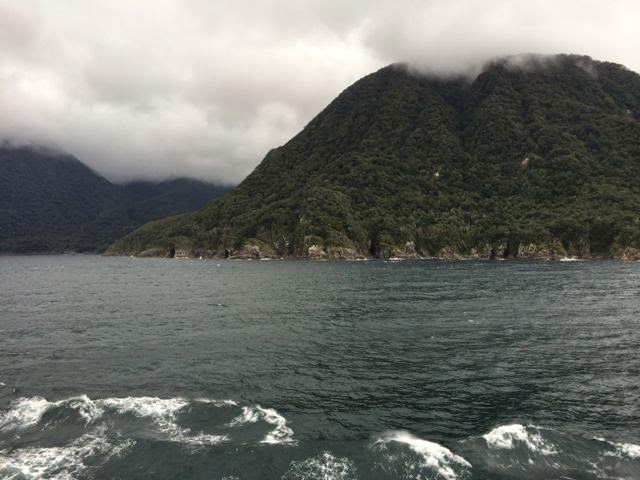 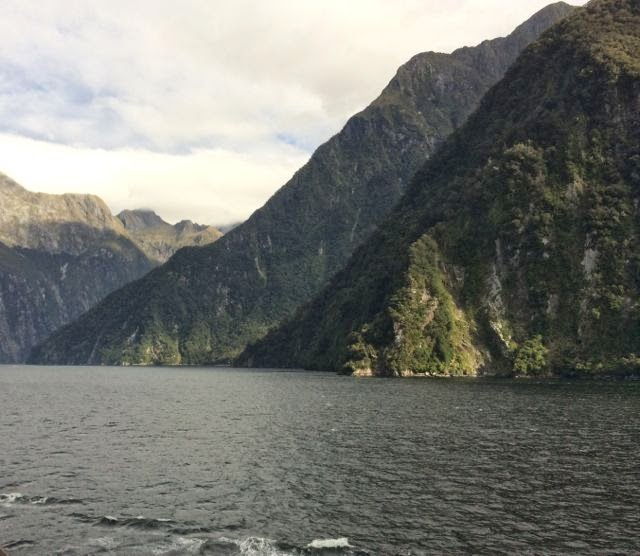 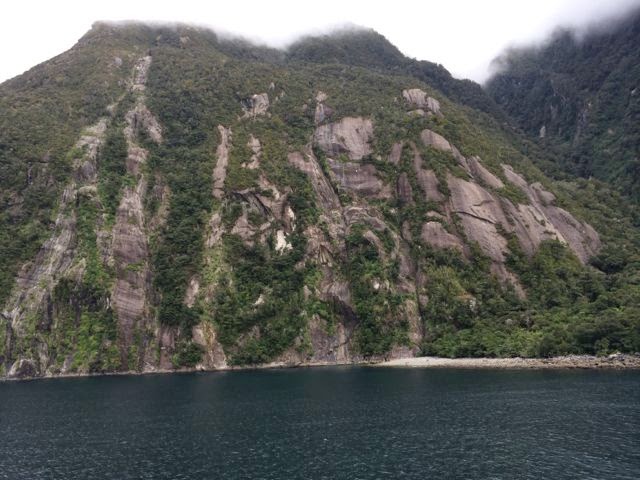 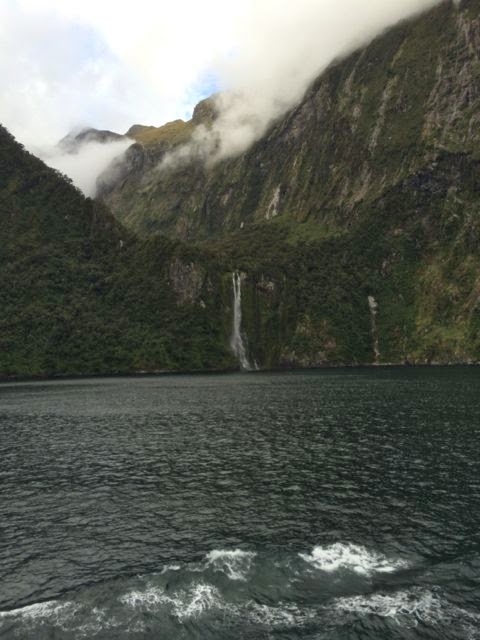