Our hotel in Auckland is right in the downtown business district. This is a hopping city. There are many people on the streets, lots of them Asian. The first night our room was right above a bar that had an open roof and the noise went on until past midnight. We asked to be moved and were given a room at the back, looking over some condos and parking garages. So much better!

There was a nice healthy restaurant next door called Revive and we ate supper there. I had Thai pumpkin soup and Dan had chickpeas and another veggie somewhat curried. All very tasty. 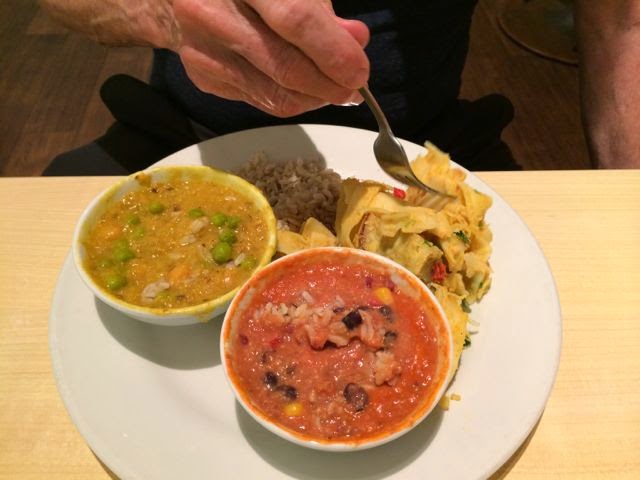 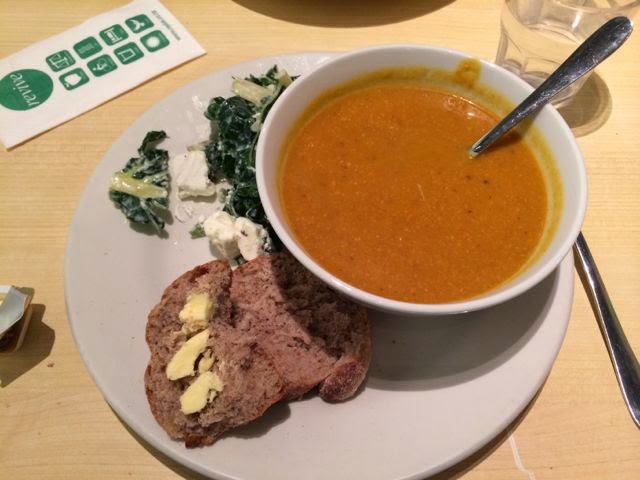 We didn’t get out much on Friday, as the streets are fairly hilly and we weren’t quite up for exploring on foot.

In the evening, we had asked for a meeting-up with Woodstock people in the area. We had a great turnout of people; there were twelve of us for dinner. (Glenys’s husband Robert arrived later.)

The Indian food was good, of course, but the conversation was wonderful. Dan and I both moved around several times to chat with more people. All in all, a fitting end to our week in New Zealand. Later today (Saturday) we board the Celebrity Solstice for the next part of our trip.